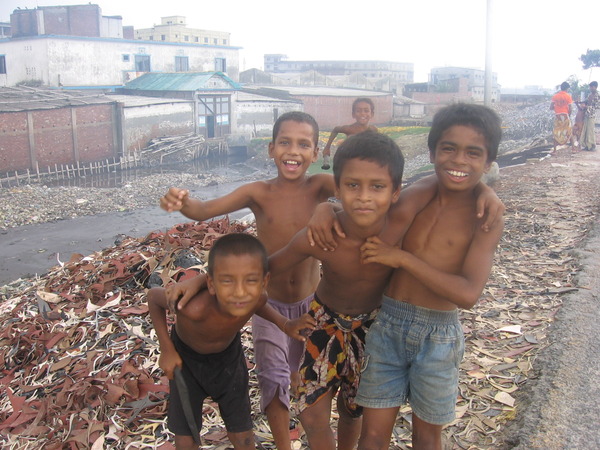 Exciting things are happening in India. Blacksmith’s data on over 400 polluted sites has been integrated into a larger list commissioned by the government. This is the first step in identifying the extent of industrial pollution in India, and then cleaning it up.

“No one was paying any attention when we started looking for and assessing these polluted sites in India in 2005. Now the Indian government is engaged and trying to own the issue. This is a real success. This is what we strive for because national government involvement is crucial to getting things done on scale,” says Sarita Gupta, Blacksmith’s India director.

Meanwhile, because India is still plagued with poor compliance and monitoring of regulations, Blacksmith has been working with two trade associations (the India Lead Zinc Development Association and the Confederation of Indian Industry) to get lead smelters to do voluntary assessments to make their operations more environmentally sound. And it is working.
“We persuaded the owner of a smelter in Tamil Nadu to let us do an assessment last fall and it was so well received that we did two more assessments this year and have more planned early next year.”

“At the end of the assessments, we give the owners a list of improvements that can be made for no cost, little cost, as well as those changes that require a major investment. This way they are made aware of issues that might become worse and more expensive for them to fix down the road.  And they also benefit because more efficient smelters means less valuable lead lost to pollution.”

In other parts of Asia, highlights include our work in Vietnam, where Blacksmith identified and assessed 60 polluted communities, and began cleanup at one of the thousands of toxic craft villages that dot the landscape; and China, where one of our most interesting projects of 2013 is an effort to get the Chinese public engaged in environmental issues.

This entry was posted in Asia, Uncategorized. Bookmark the permalink.