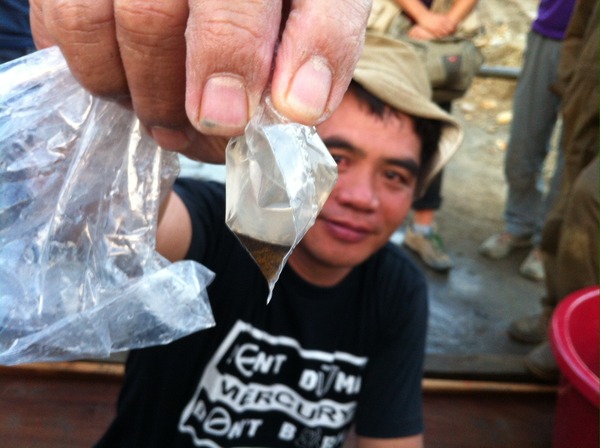 Blacksmith brought Filipino gold miners to Latin America in 2013 to test and teach the Benguet method, (sometimes known as the “borax method“) to artisanal miners in Bolivia.

If successful, the method could dramatically reduce the use of toxic mercury in small-scale gold mining across Latin America and the rest of the world. We are conducing similar tests in other countries, including Indonesia.

Another highlight in 2013 was the creation of a roadmap for pollution cleanup in Latin America that draws on lessons learnt from successful environmental regulatory efforts in Argentina, Brazil, Chile, Colombia, Mexico, Peru, Uruguay and the US.
The roadmap with six governing principles is outlined in a report conducted by The Cyrus R. Vance Center for International Justice, and is being made available to stakeholders across the region.
“The time is right for a report like this. Countries in Latin America are very eager to do something about toxic pollution. They all seem to be moving towards enacting or improving regulations related to the clean up of contaminated sites,” notes Sandra Gualtero, Blacksmith’s Program Director for Latin America.

In addition, two pilot projects implemented within the framework of the Global Alliance of Health and Pollution are being carried out in the cities of Montevideo in Uruguay and Buenos Aires in Argentina.